THE GOLF FACILITY opened in June of 1999. Yardage ranges from 5203 to 7052 yards. Par for the course is 70. The golf course has been rated “one of the top ten to play” public courses in the U.S. by Golf Magazine. The cost for 18 holes of golf, use of a cart, putting green, driving range and yardage book is $160.00 per person. Tee times can be made by calling (724) 752-4653. The Golf Shop is located on the 1st floor of the castle. Sean Swidzinski is the PGA Pro. Richard D’Ambrosio is the Golf Superintendent. The course was designed by Dr. Michael Hurdzan and Mr. Dana Fry from Columbus, Ohio. 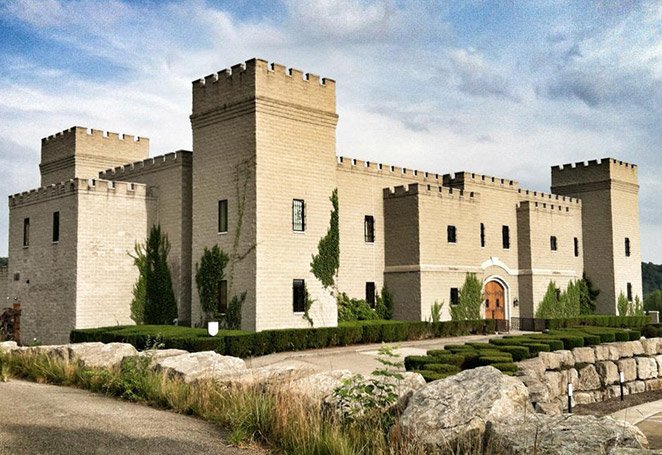 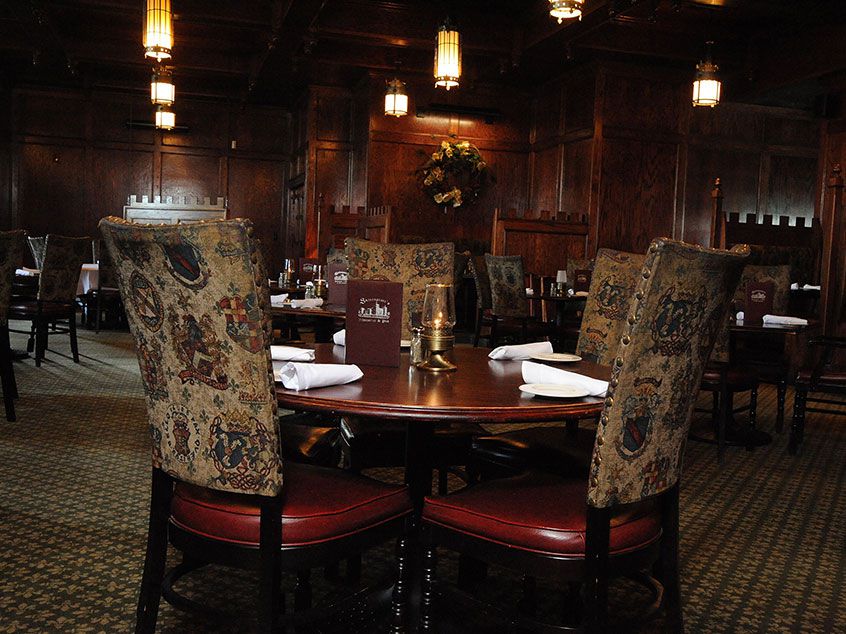 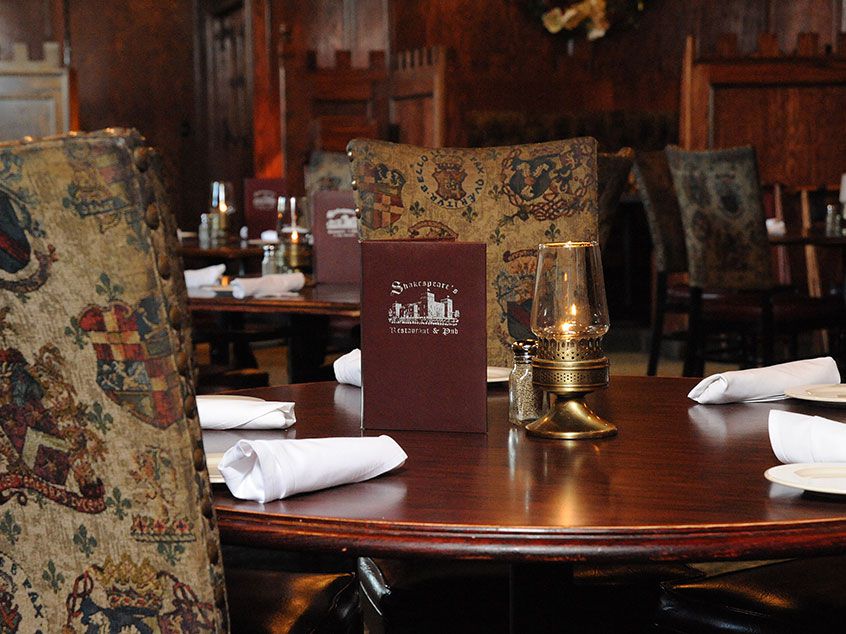 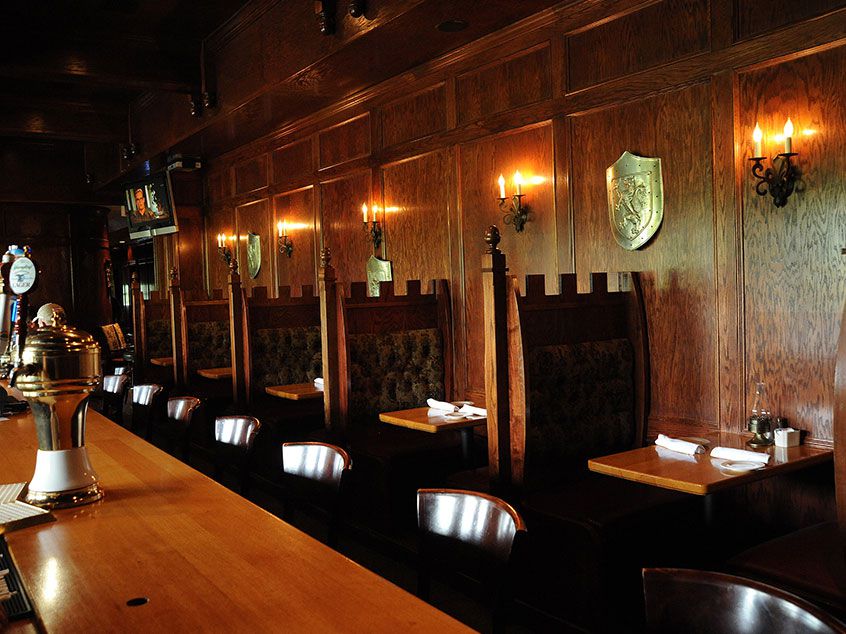 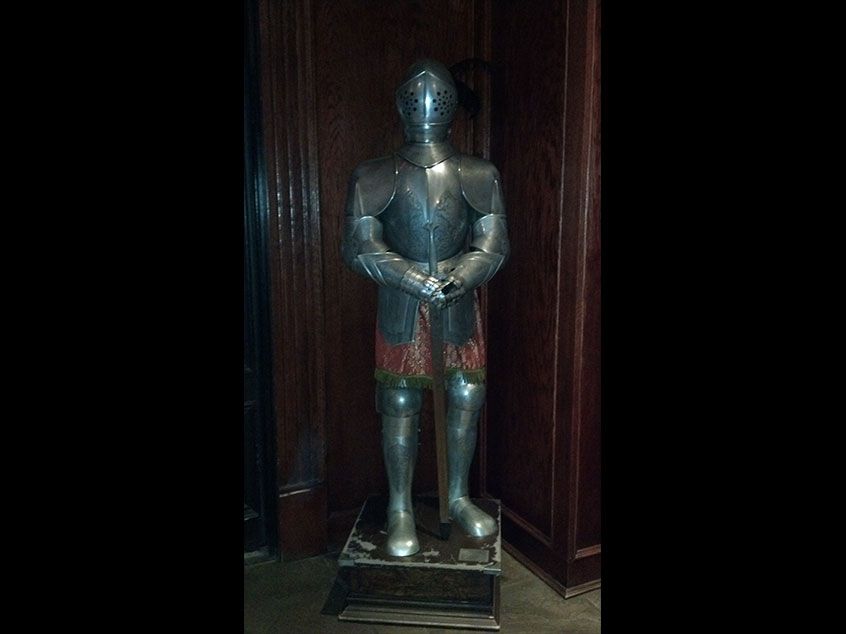 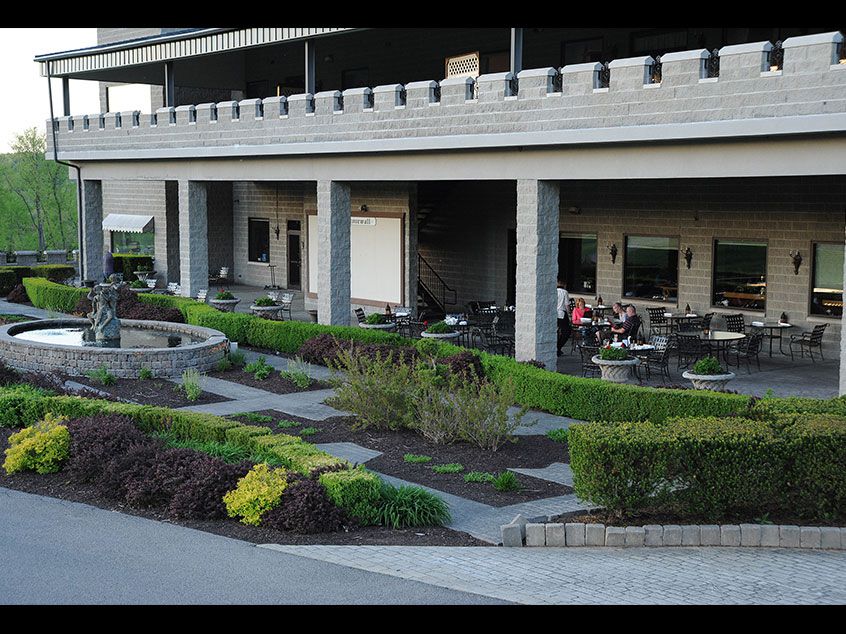 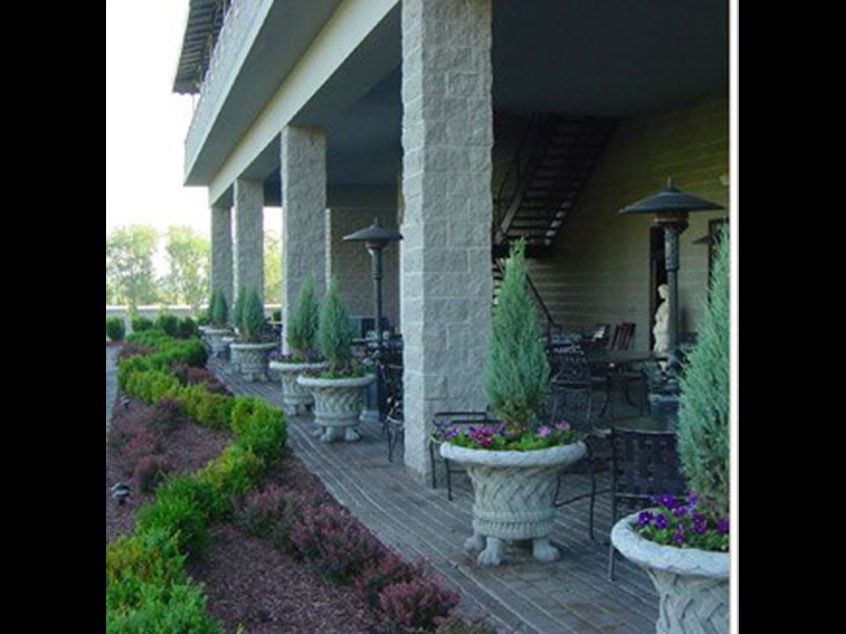 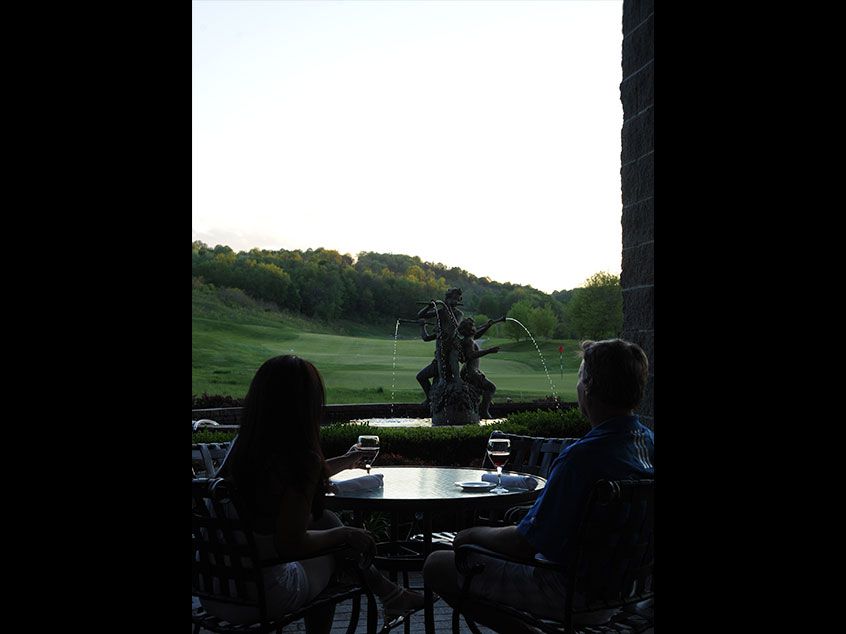 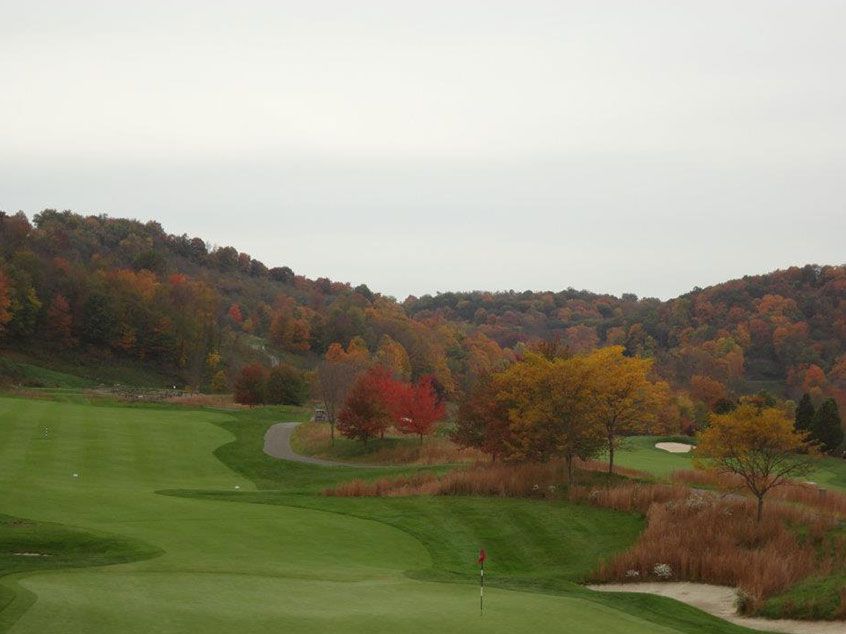 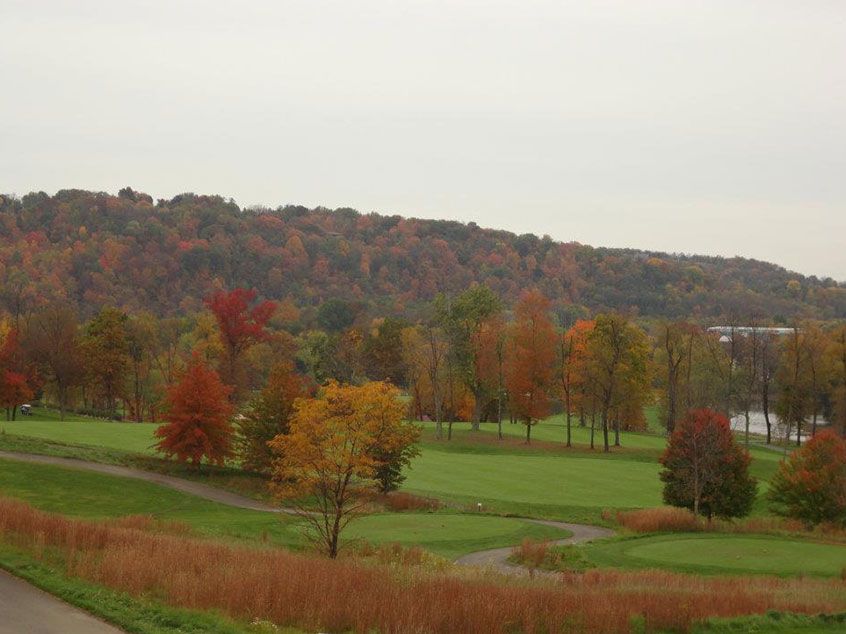 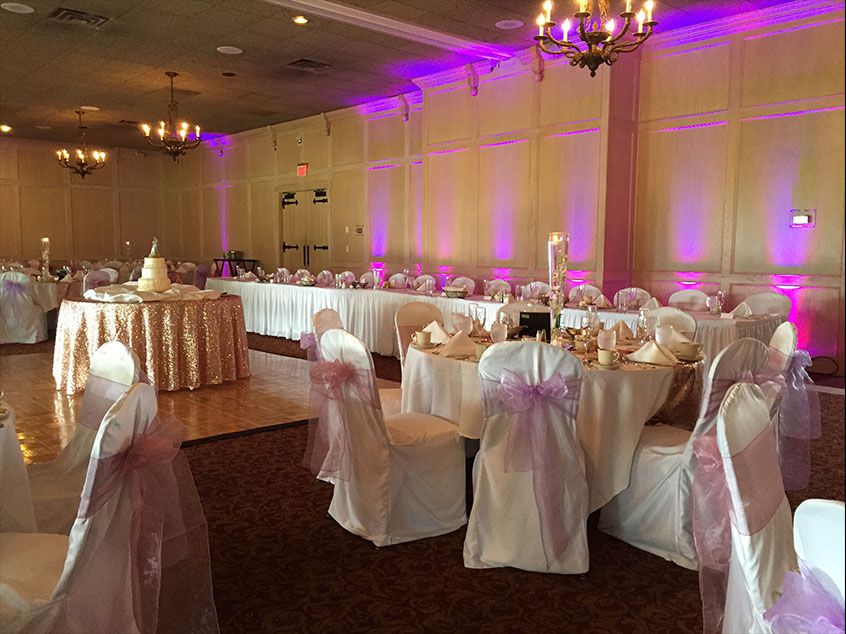 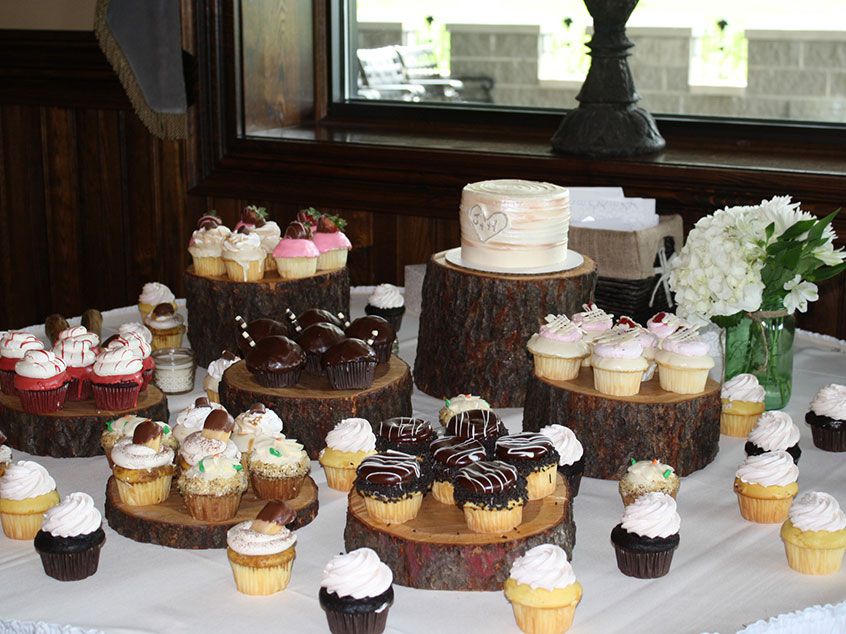 SHAKESPEARE’S RESTAURANT & PUB, located on the 1st floor of the castle, opened on December 8, 1999. The restaurant features an American Style cuisine with a casual medieval theme. Lunch prices range from $5.95 to $19.95 and dinner from $9.95 to $49.95. Dress is casual. General Manager is Sean Fitzpatrick. The Executive Chef is Andrew Davin.
‍

THE BOULDERS that line the parking lot and landscape the property were quarried from the former Medusa Aggregates. The rocks weigh between 2 -7 tons. The boulders were transported 11 miles to the site. There are 600 million lbs. of rock on the premises.

THE “COBBLESTONE” driveway, sidewalks and back patio are actually “stamped” concrete. A black glazing was applied then rinsed. This method of antiquing gives the appearance of cobblestone.

THE LARGE FRONT ENTRY DOORS were created by Fred Stephan, Big Bend Wood & Glass of Mercer, PA. They are 12 ft. high and each weighs 800 lbs. The decorative hinges and bolted locks were hand tooled from copper as were the gargoyle serpent door handles by a blacksmith from Oil City, PA.

THE 6 FT. SUITS OF ARMOR are replicas of medieval suits of armor. They were made in Toledo, Spain.

THE CONCAVE HALL CEILING is finished in a painting style traditional of 16th century castles during Shakespeare’s time. The artists painted a sunset into the ceiling on the West Lounge Exit.

THE BLACK BEVELED GLASS DOORS entering into the lobby are from a Victorian house circa 1890 in Reading, PA. When the owner acquired them, only one side of the doors were ornate. Fred Stephan of Big Bend Wood & Glass decorated the other side to match.

THE CARPETS AND TAPESTRIES throughout the castle were purchased by the original owner on his many trips throughout Europe.

THE SWORDS, SHIELDS AND BATTLE ORNAMENTS hung throughout the castle were imported from Toledo, Spain. They are authentic copies of the originals.

THE DINING ROOM boasts of 13 ft. vaulted ceilings that are oak encased and oak paneled. The battle-station booths and 14 tables bring the capacity of the dining room to 110. Two private dining rooms, the KNIGHTS CHAMBER and the STRATFORD ROOM, can be used for meetings or private parties seating 8 and 24 respectively.

THE CHANDELIERS hanging in the main dining room were from former churches in the Pittsburgh area. They were shipped to a huge warehouse in McDonald, PA, where the original owner found them, purchased them and had them restored.

THE WALLS OF THE CASTLE were constructed from cross-cut oak. The carpenters finished the first floor wood in dark mahogany symbolizing a battle station. The second floor is finished in white oak, reflecting a celebration.

THE GRAND HALL has a seating capacity of 250. It features magnificent bronze chandeliers.

THE WINDSOR ROOM on the north side of the castle has a seating capacity of 125. The color scheme features neutral earth tones of walnut, gold and sand and can be divided to accommodate parties from 25-125.